Distracted driving took the lives of 3,166 people in 2017. Research shows texting while driving increases the risk of a teen vehicle crash by 23 times, and is the leading cause of teen deaths. One in three teens who text said they have done so—while driving. This is why Clear Channel Outdoor has partnered with Project Yellow Light and the Ad Council for the fourth year in the effort to #StopTextsStopWrecks.

Project Yellow Light hosts an annual nationwide scholarship competition calling for students to create a TV, radio or billboard PSA to educate the public about the dangers of distracted driving. Scholarships of up to $5,000 are awarded to those who create the most captivating PSAs promoting safe driving habits. This year, 2,709 students vied for the scholarship awards, a 69% increase from 2018!

On June 7th, this year's winners in the billboard category saw their work premiere live in Times Square, with family, friends and sponsors who flew in from across the country  to show their support. 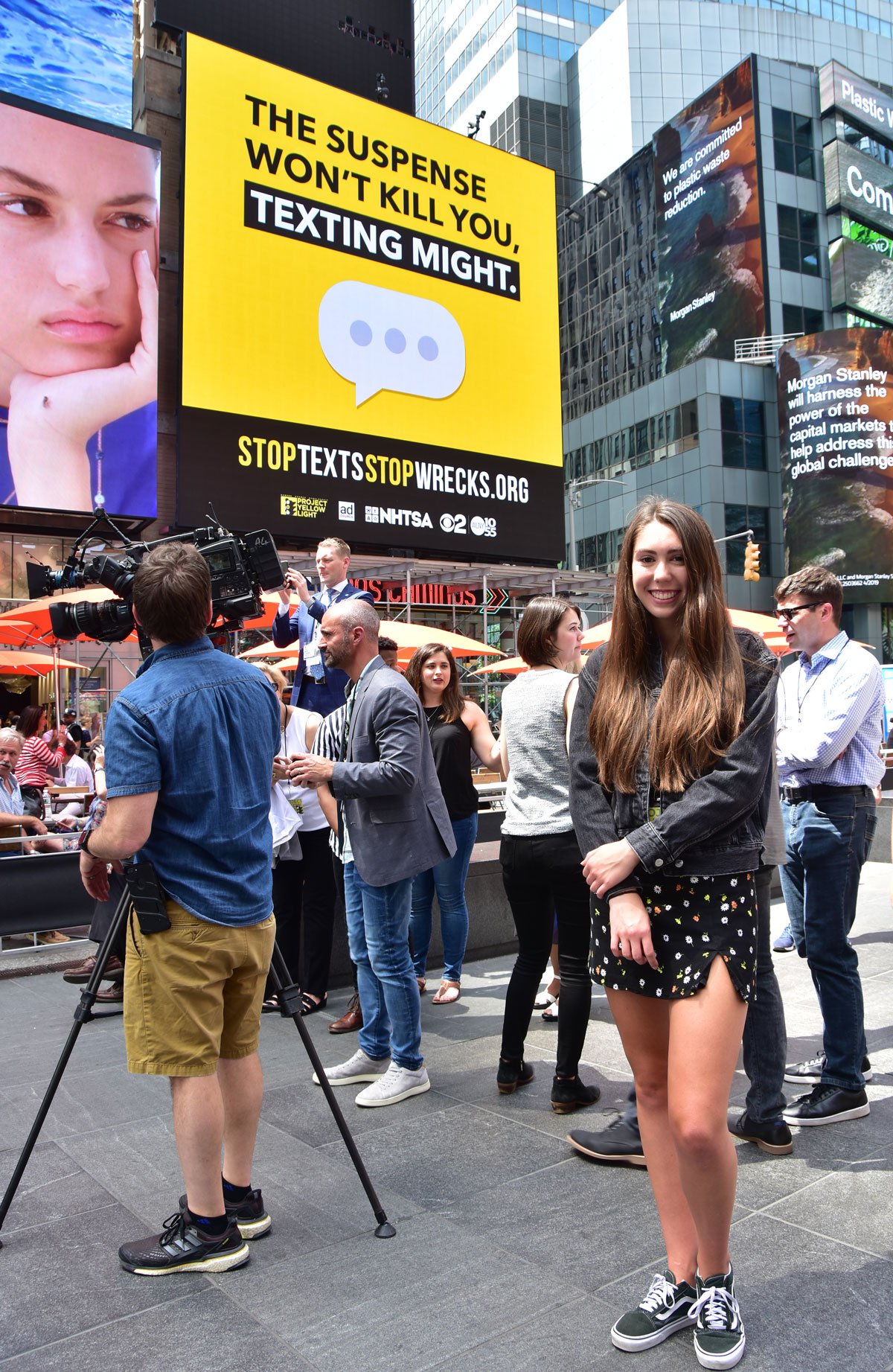 “Project Yellow Light has not only allowed the youth to openly express their voice and creativity, but has also paved the way for them to leave a lasting impact on our community,” said Mary Zost, Campaign Manager, the Ad Council. 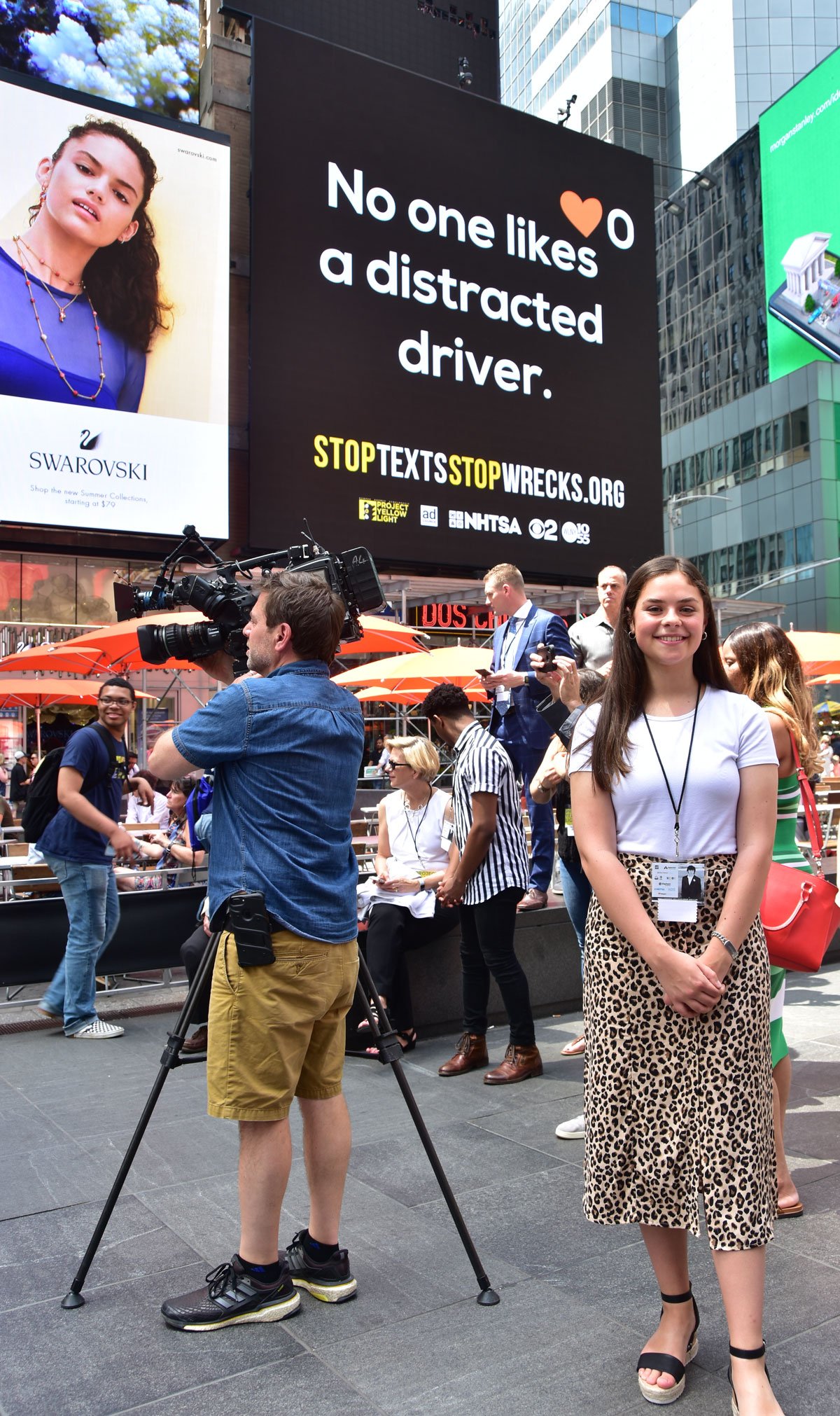 “It is inspirational to see young students and our amazing partners coming together for a single purpose: to prevent future tragedies by educating people about the dangers of distracted driving,” said Julie Garner, Project Yellow Light founder. 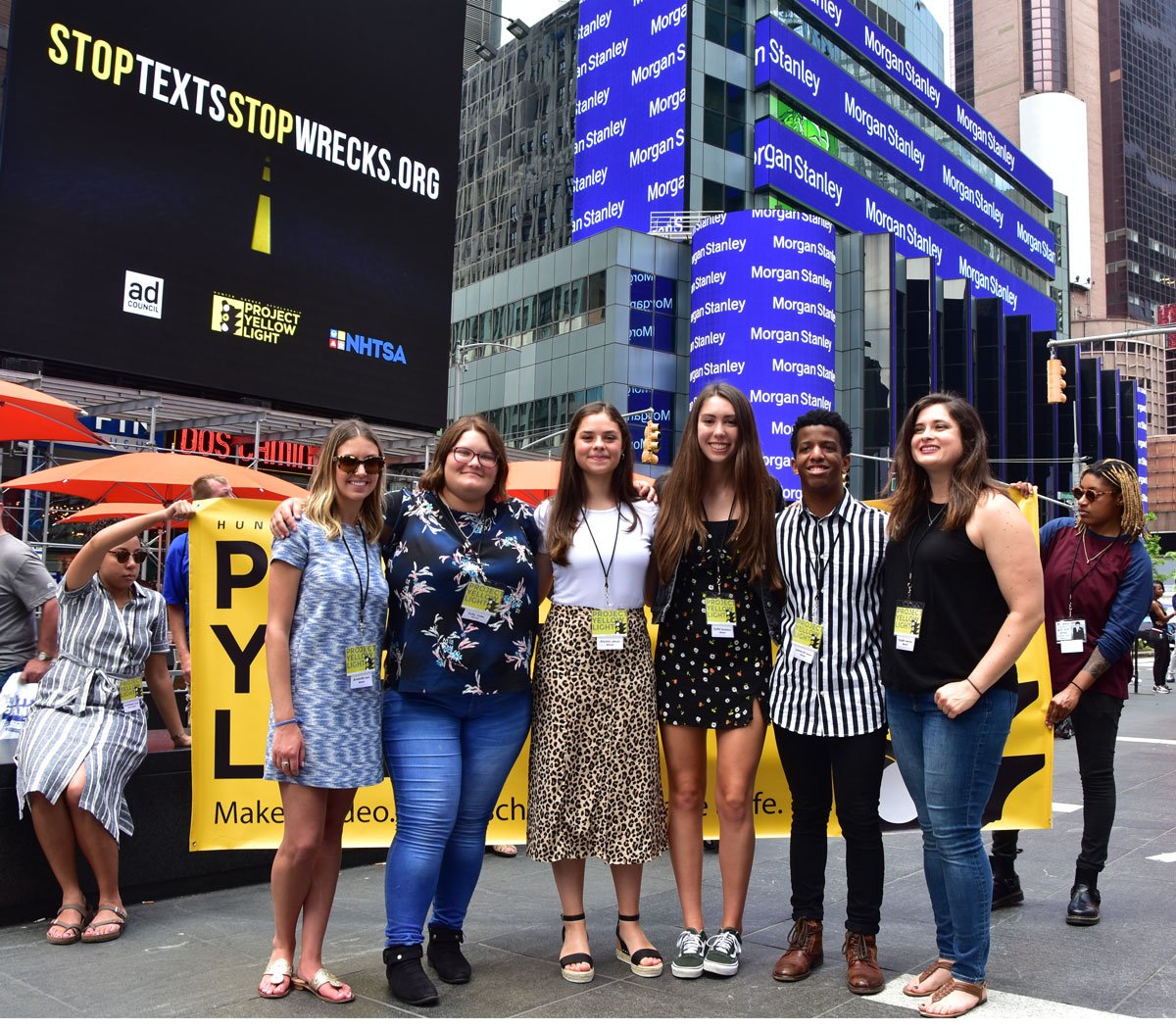 Below, Emmy-award winning journalist Alex Denis from CBS2 New York who has been Project Yellow Light’s official ambassador for the past two years, with Julie Garner. 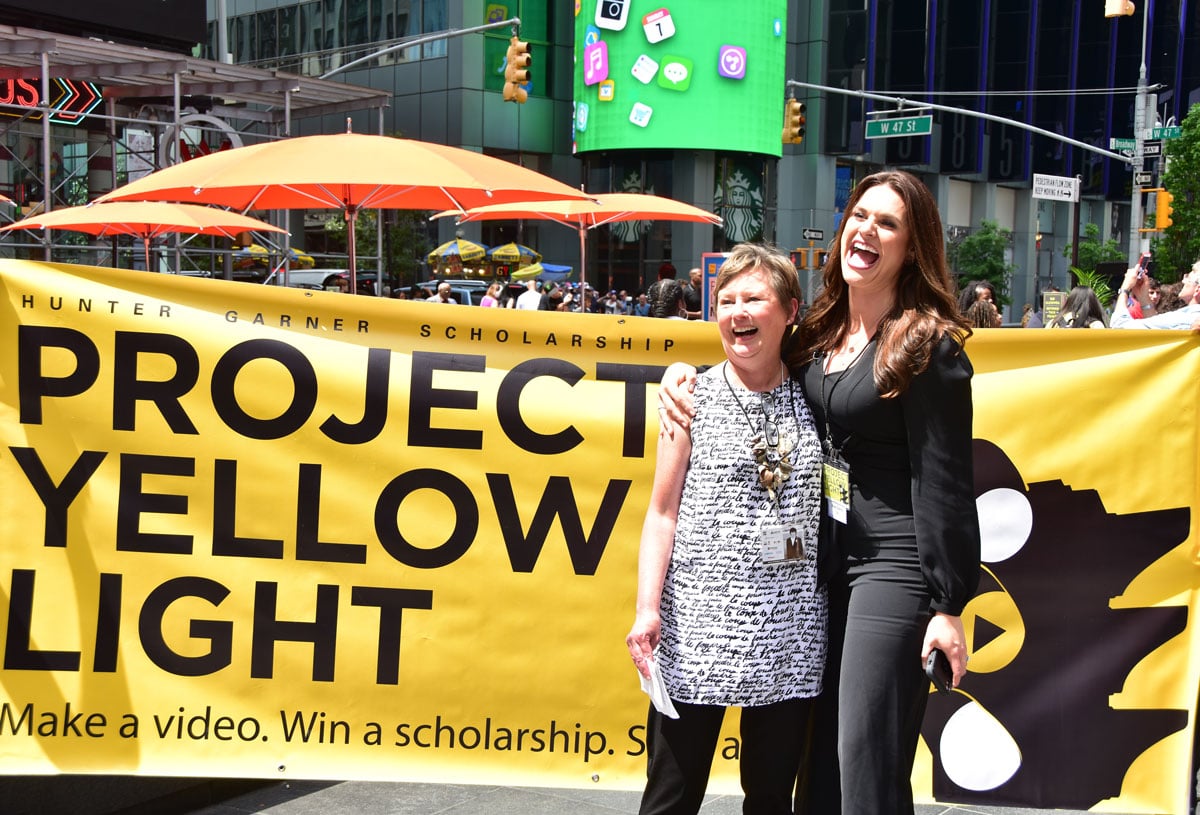 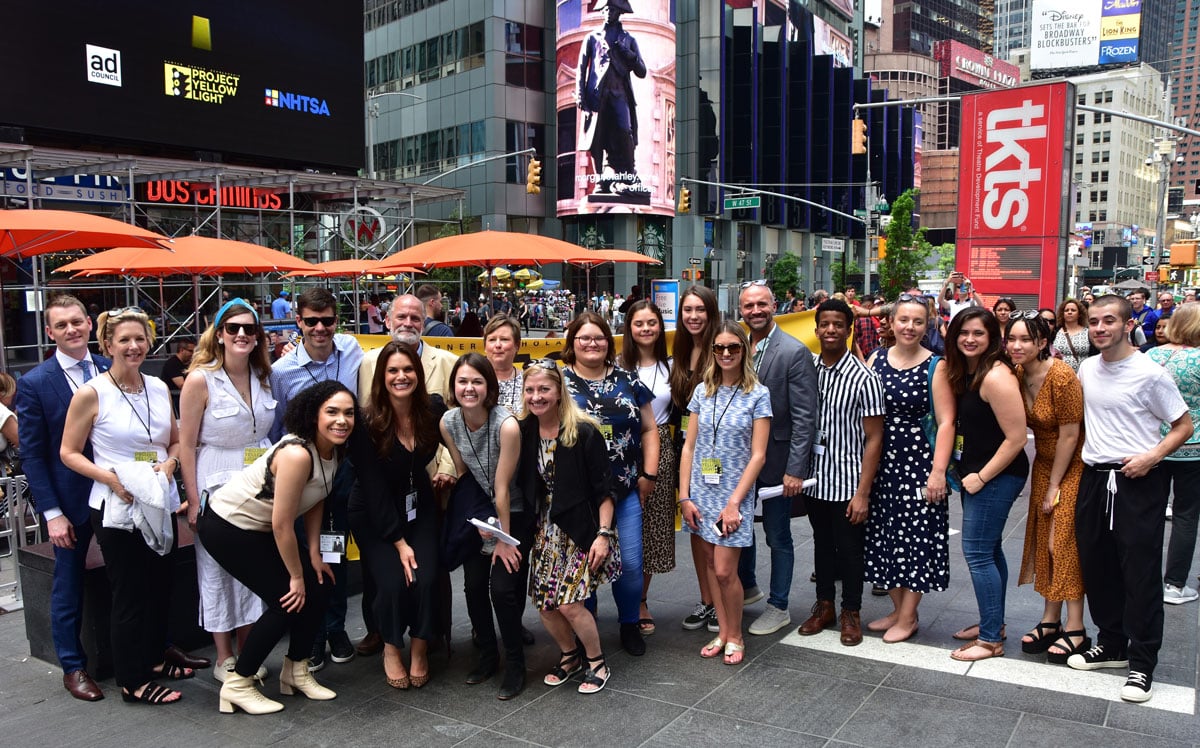 At Clear Channel Outdoor, we are honored to be involved in such a powerful cause that raises awareness to save lives. By using our out-of-home platform, we hope to share these lifesaving messages with as many people as possible. We are incredibly proud of the students and all the Project Yellow Light partners (AT&T, Apparent Insurance, CBS2 New York, Elephant Insurance, iHeartMedia, National Organizations for Youth Safety, and NHTSA) for working together to prevent future tragedies. Please remember no one likes a distracted driver.