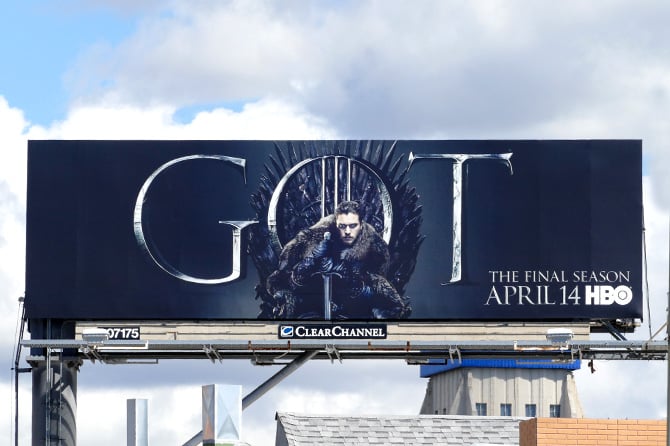 In February, Twitter and HBO took over billboards in three cities to leave a lasting and interactive impression for the final season. Who will take the throne, the social throne? 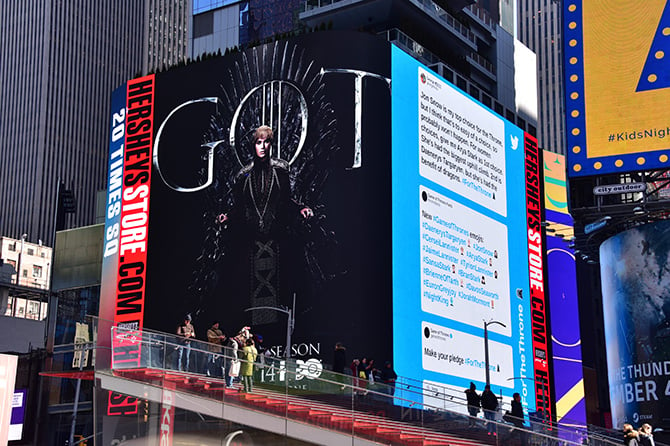 Since we're living in an emoji world, Twitter got the memo and created new hashtags for the 20 remaining Game of Thrones characters, each paired with their own individual emoji. Want to see what #JonSnow versus #CerseiLannister versus #TheNightKing will look like on your timeline as you tweet away your angst this season? Craft your message well and tune in to find out. 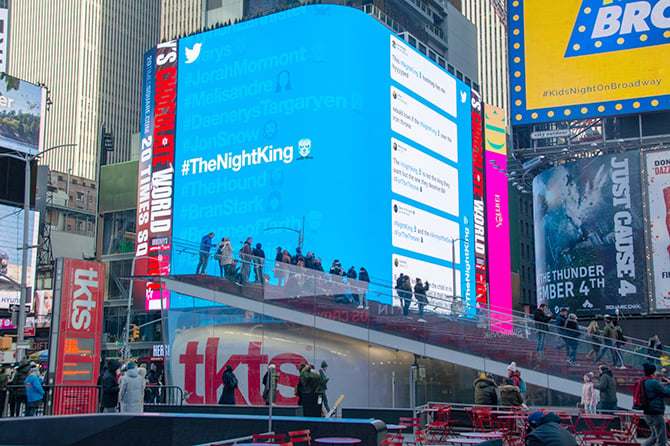 Empowering females, aliens and fans of the comic book series everywhere, Captain Marvel made her own impressive OOH debut: 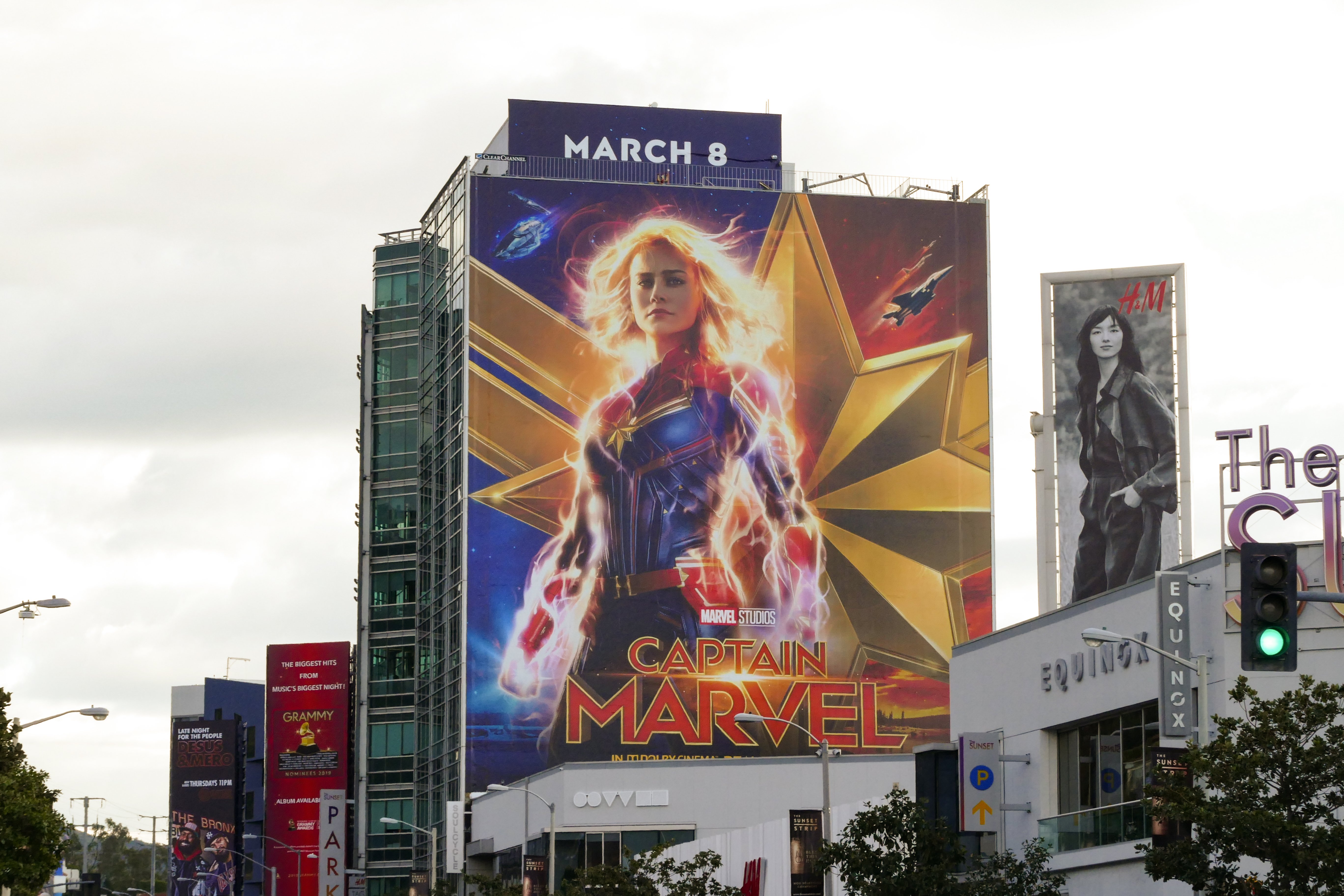 As the first female-driven superhero film for Disney and Marvel, Captain Marvel continues to be a feather in their cap, according to Entertainment Weekly, and is dominating the box office since its release.

For those in need of comic relief, we have just the podcast for you. In true Ron Burgundy fashion, these conversations have a tendency to go off the rails, and we find out things about people we never knew we wanted to know, but go ahead and take a listen, download here. 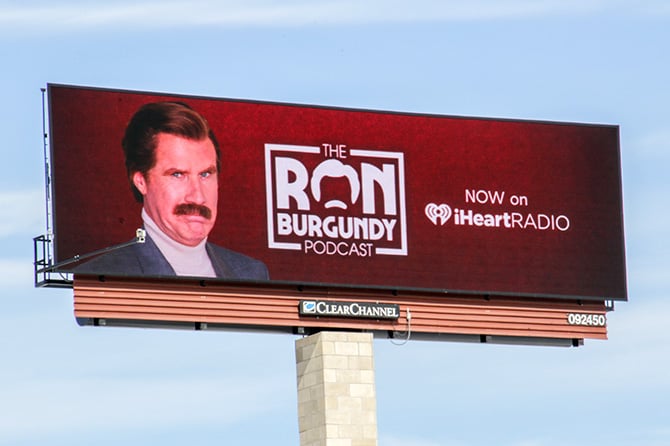 Nirvana's lyrics "Here we are now, entertain us..." never rang more true, and there is even more action headed your way. Hello, MARCH MADNESS! 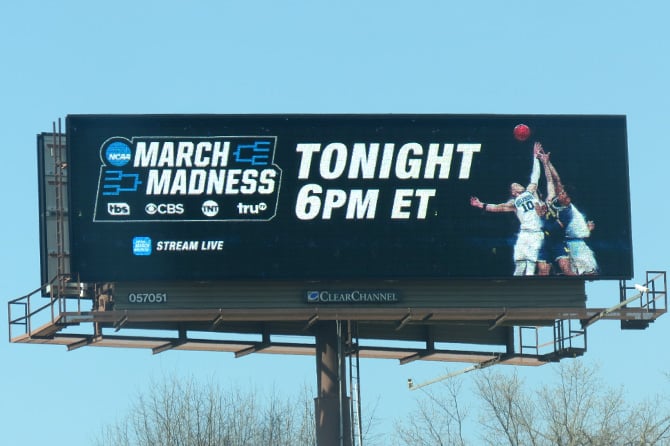 Check out our gallery for more of What We're Loving including a ginormous, glow-in-the-dark pillow, our favorite flying elephant and Naranja Vainilla (yep, just as tasty as it looks): 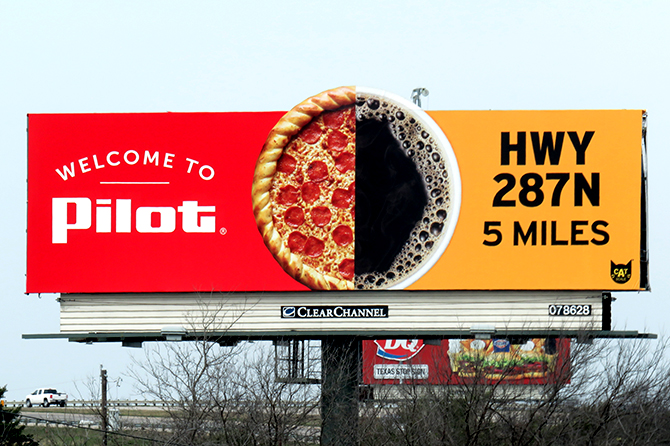 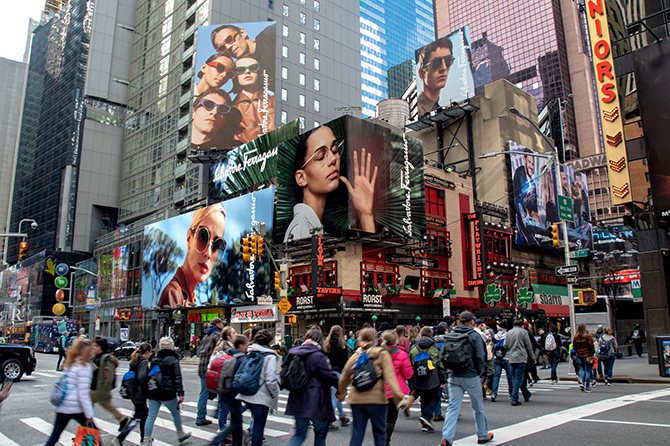 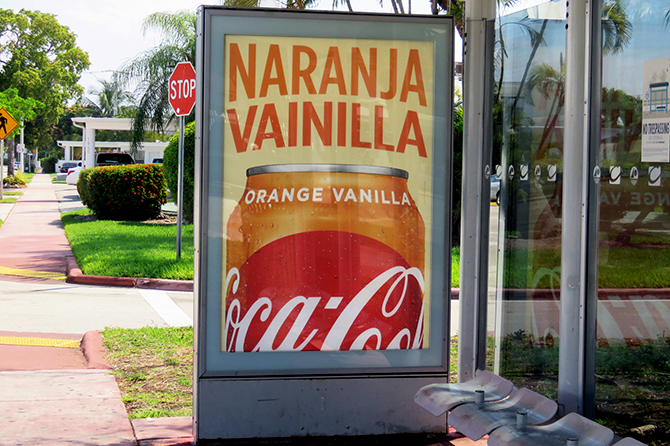 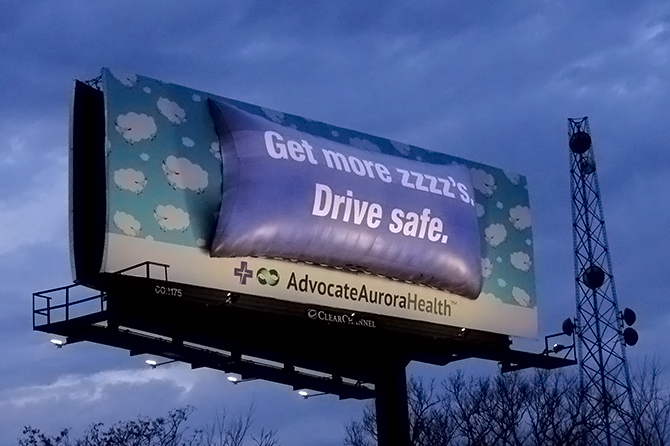 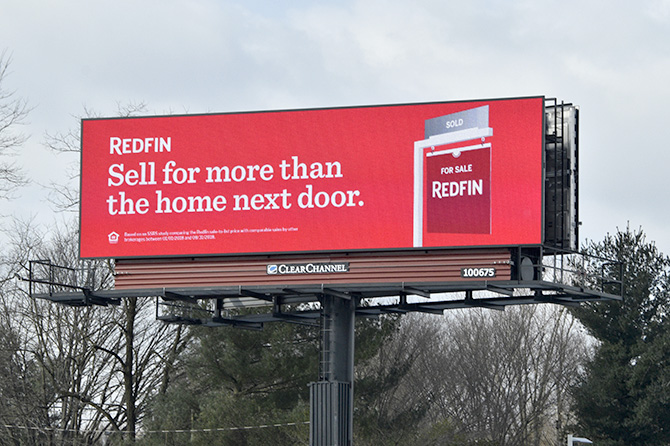 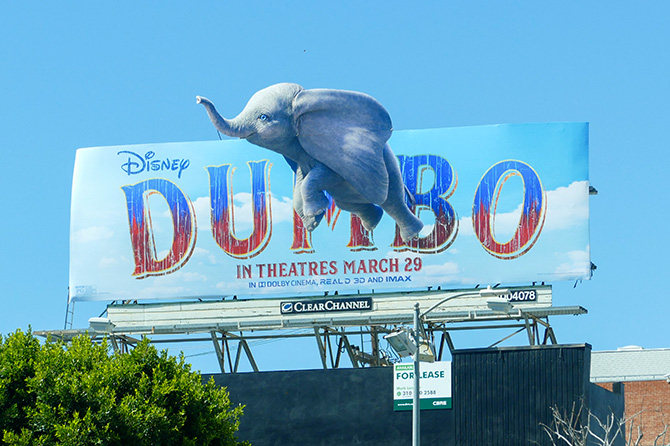 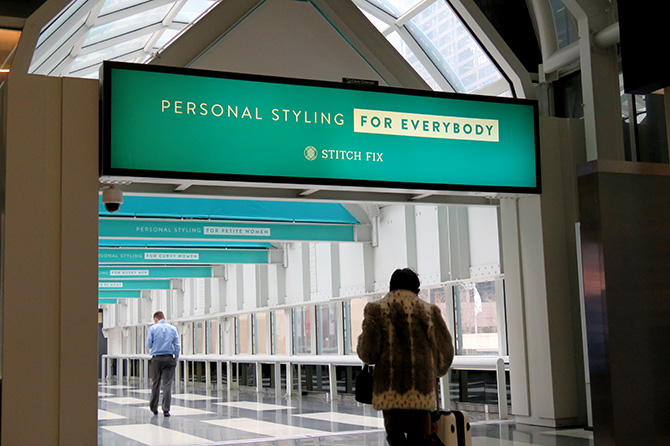 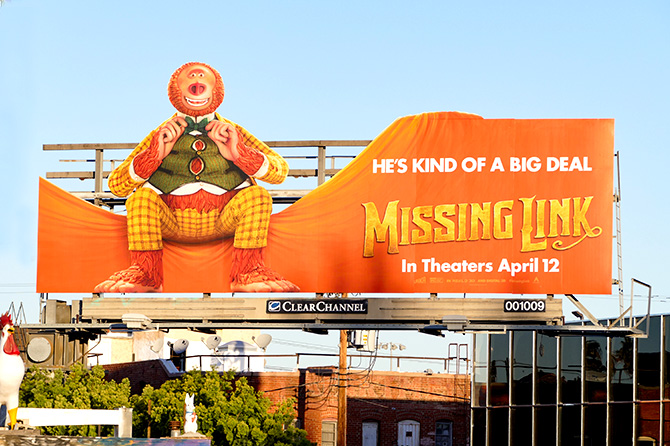 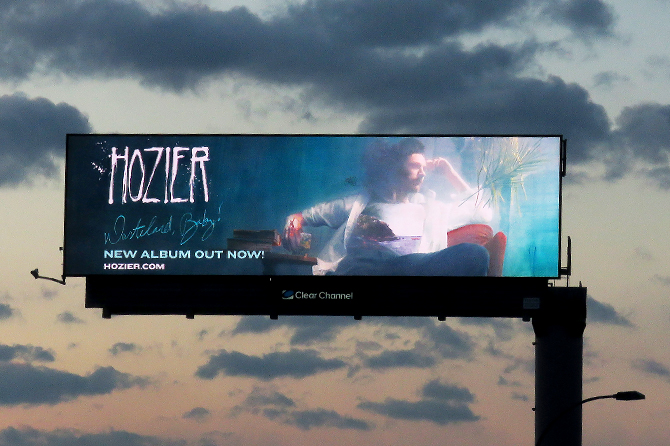 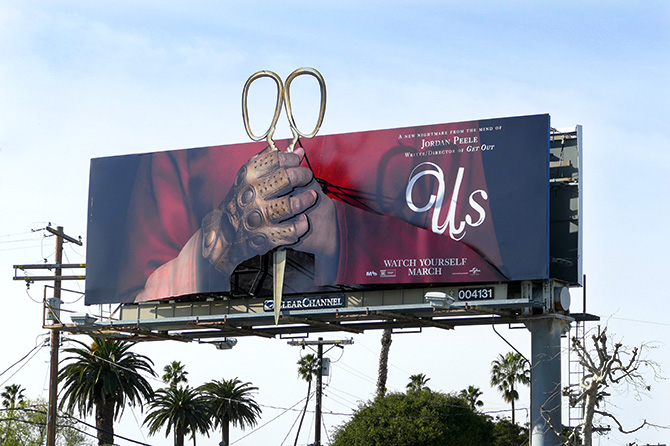 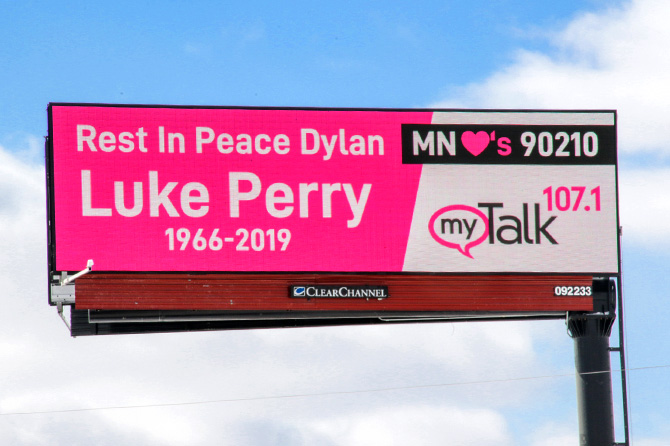 Call us to map out your 2019 campaigns with innovative, catchy, engaging out-of-home creative. Our team will provide data-driven solutions so that your brand messaging utilizes inventory that over-indexes for your target audience.