Vote.org chose billboards and other large-scale public advertising because of the lower percentage of younger voting people who watch broadcast television. The billboards they posted are direct, telling people simply to vote and include the election date in English and Spanish: 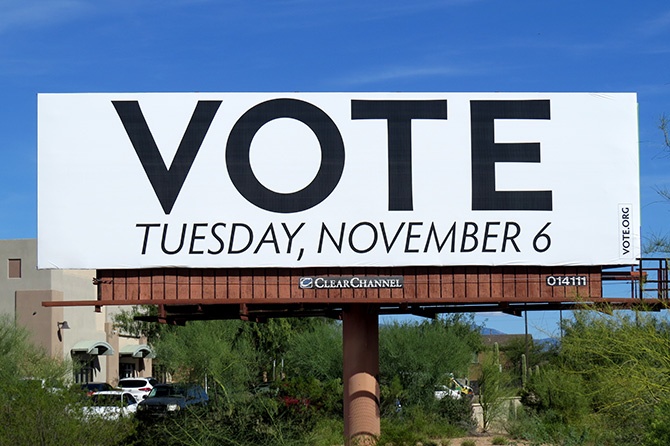 The Skimm, a daily newsletter that keeps millennials informed about current events, used outdoor advertising to share their No Excuses nonpartisan campaign with a goal of getting 100,000 young people to the polls to vote in the midterm elections. By typing their physical address into The Skimm's Ballot Cheat Sheet, voters can find all the info they need for their local races.

These outdoor shelter ads are reaching commuters with bold, impactful copy, and encouraging them to vote, "Like Your Health Depends On It":

Here's a flashback to 2016 when the Outdoor Advertising Association of America (OAAA) launched the "Vote to Count" PSA campaign reminding Americans that while all labels matter, only one label counts on election day: VOTER.

The message is clear: To be heard, get out and VOTE!

Use Clear Channel Outdoor RADAR to select audiences that over-index for behaviors appropriate for your next campaign. Contact our team who is eager to share creative best practices and make your next outdoor campaign memorable, shareable and measurable.