The OBIE Awards are one of the oldest and most prestigious honors for creative excellence in advertising, given annually by the OAAA (Outdoor Advertising Association of America). The OBIE name is derived from the ancient Egyptian Obelisk, a tall stone structure that was used to publicize laws and treaties thousands of years ago. Many historians consider the obelisk as the first true form of advertising.

They say a simple idea is enough to express an emotion or message. In fact, sometimes a simple idea can be worth an OBIE Award. And in this post, we're highlighting a few of our favorite client campaigns that do exactly that and are in the running to win an OBIE this year, check them out:

In this campaign, Wisconsin Dells' creative agency really examined the structural elements throughout Chicago's Union Station. They brainstormed about how they could bring them to life and turn them into the kinds of rides and slides a visitor finds in Wisconsin Dells. Visually, it became a big playground for the travelers who passed through! 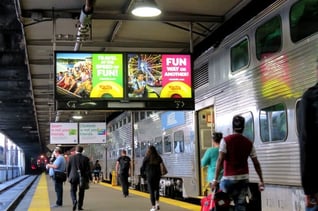 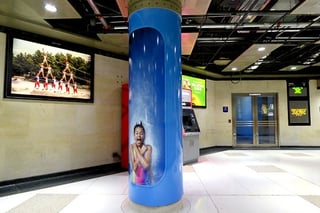 Last October, the Dallas Mavericks had a slam dunk before the season even started with a ground-breaking OOH execution utilizing Augmented Reality (AR) on CCO's downtown Wallscape, making it the largest AR installation ever done in the U.S. 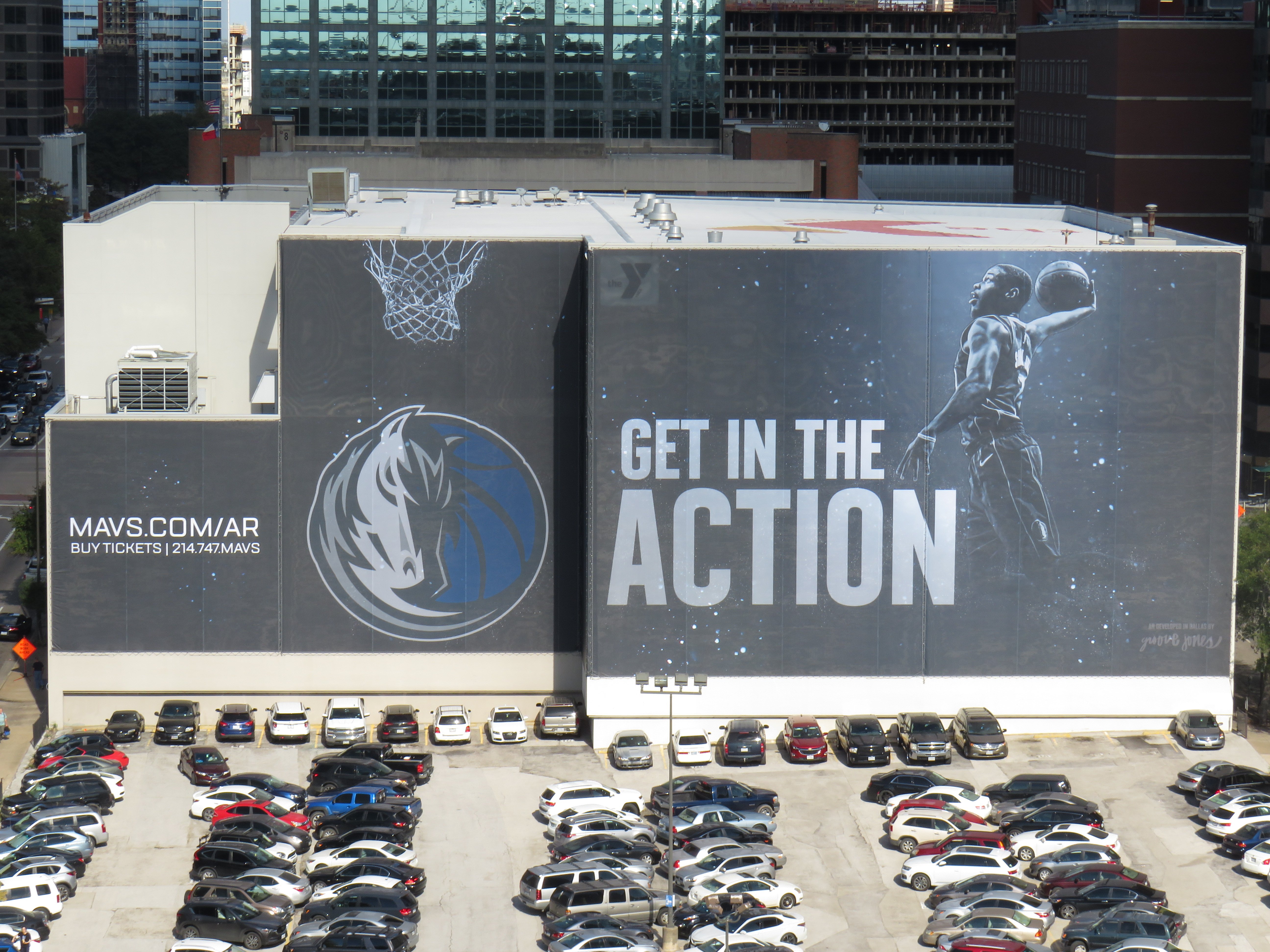 Consumers were driven to visit Mav.com/AR to access the Facebook Filter. Once the AR experience was activated Smith came to life for a slam dunk. Within the first week, videos shared by users were viewed over 15,000 times!

The client had a challenge—they were opening in four months and wanted to tease their arrival. And so, the brainstorming began...the rings of the Audi logo as well as the old classic VW billboards and the simplicity of them, were the inspiration of Clear Channel's designer Janice Lewis.

The client teased the consumer for four months, with Janice's teach in Central Florida creating quite a few "coming soon" ads spun with various executions.

The goal of our creative team in Albuquerque was to make people squirm when they saw the centipede. "We went through a few modifications of the insect and spent quite a bit of time airbrushing the original photo to bring out the rich colors, and deep shadows needed to really make it pop. Additionally, we hoped that by keeping the centipede's legs fairly think, it would allow them to move slightly in the wind, giving the appearance of motion, adding to the creepy-crawly factor."

Between the enhanced colorization and flexibility of the inflatable—Mission Accomplished! 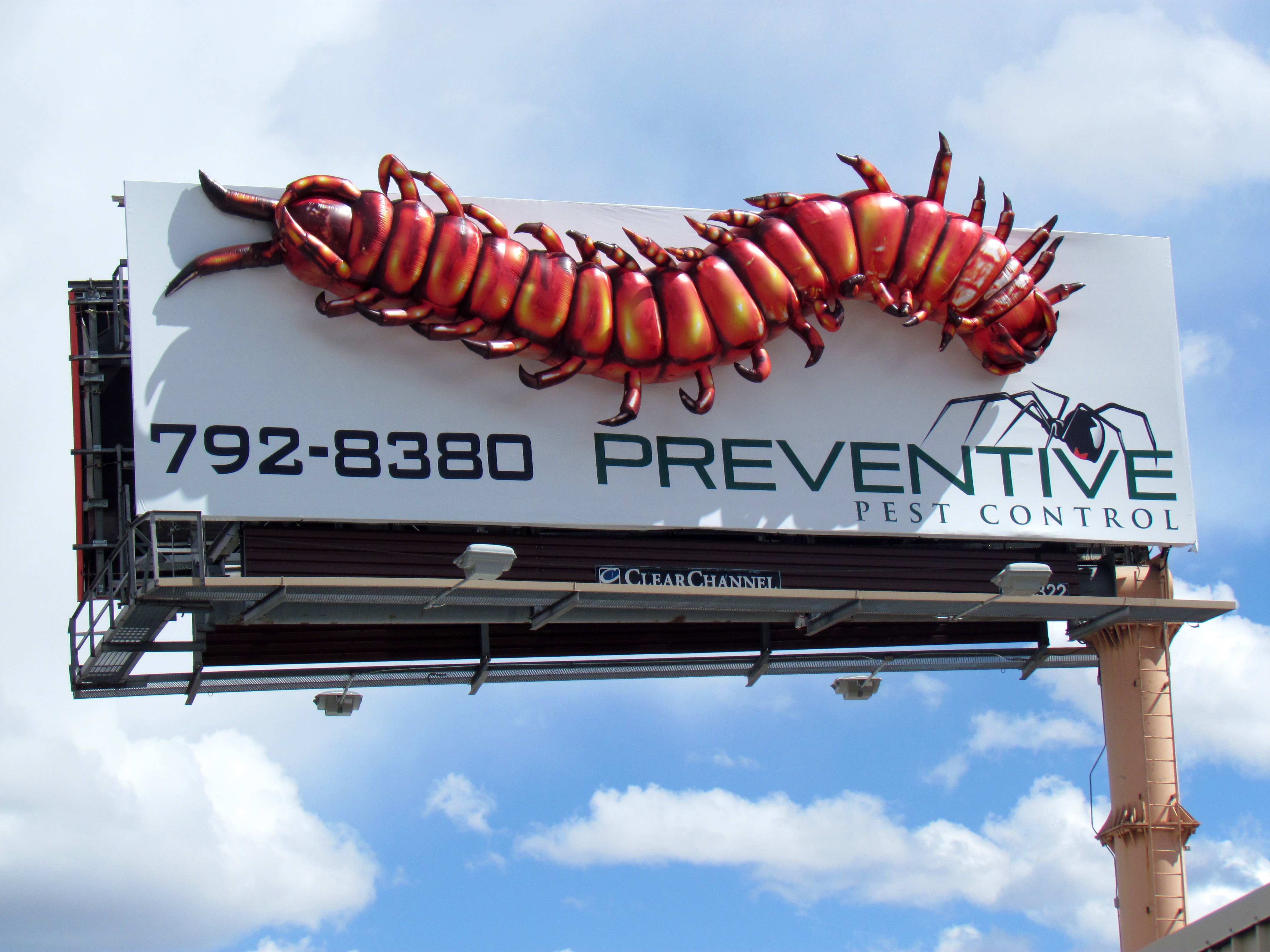 Our tribute to Penny Marshall was displayed on one of Clear Channel's digital boards that is actually mounted on the side of the Pabst grain silos in Milwaukee. The Pabst brewery was used as the model for the fictitious Schotz Brewery where Laverne (Penny Marshall) & Shirley worked as bottle cappers in late 1950s Milwaukee. 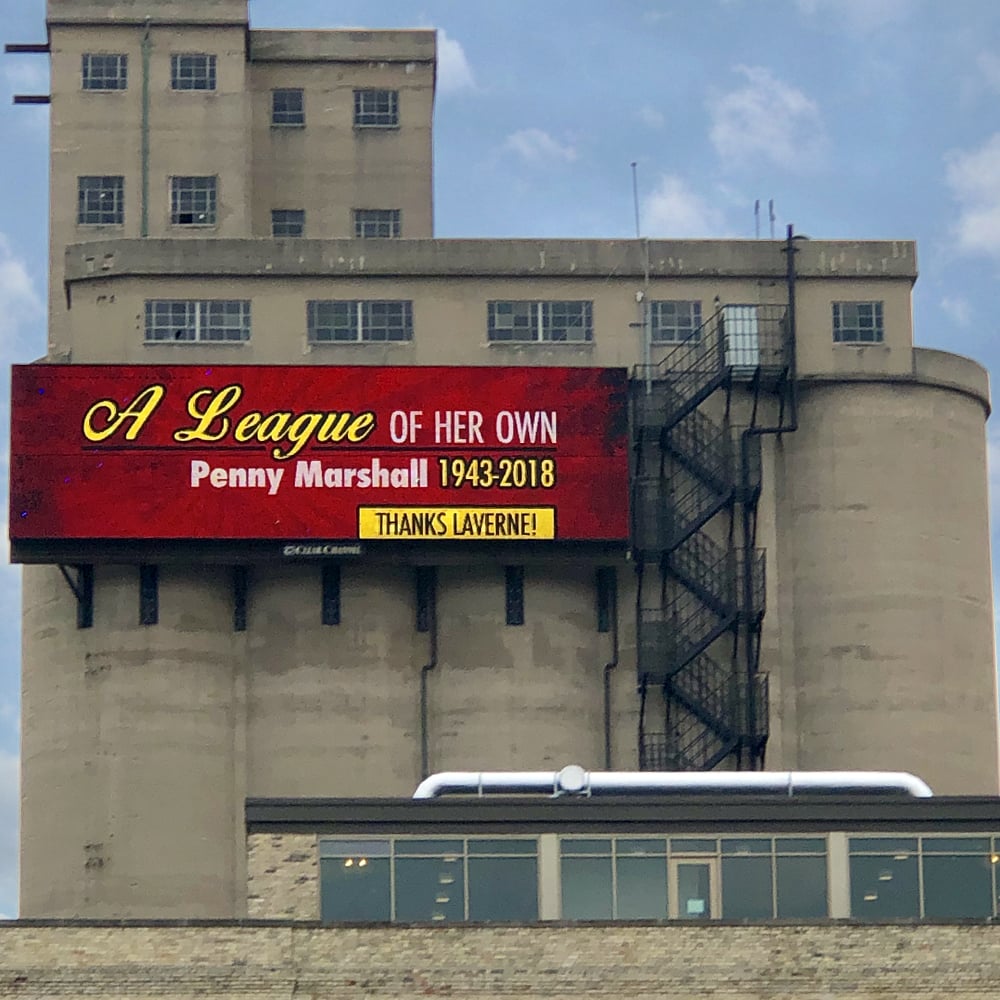 The Out of Home Project/Clear Channel Sweden

Clear Channel Sweden has launched an initiative to guide Stockholm's homeless to nearby shelters during the winter months. The City of Stockholm worked with churches and non-government organizations to open emergency shelters when temperatures dropped to minus 7 degrees. Clear Channel then automatically replaced ad content on its digital billboards with directions to the nearest homeless shelter.

Congratulations to all the finalists! The 77th OBIE Awards ceremony will be held in Las Vegas on Tuesday, May 21st during the 2019 OAAA Geopath Conference + Expo.

Browse the photo gallery below to see more OBIE finalists: 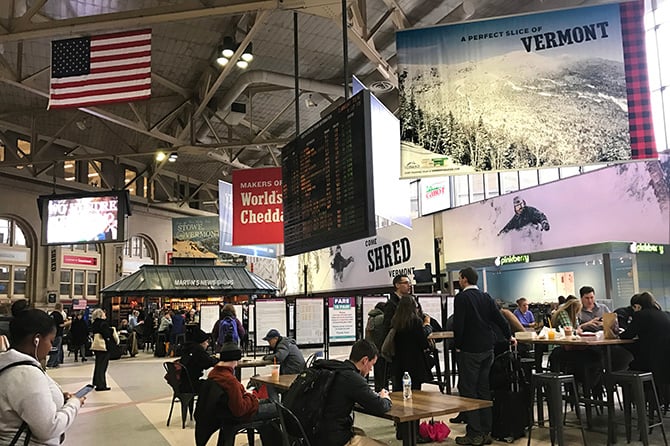 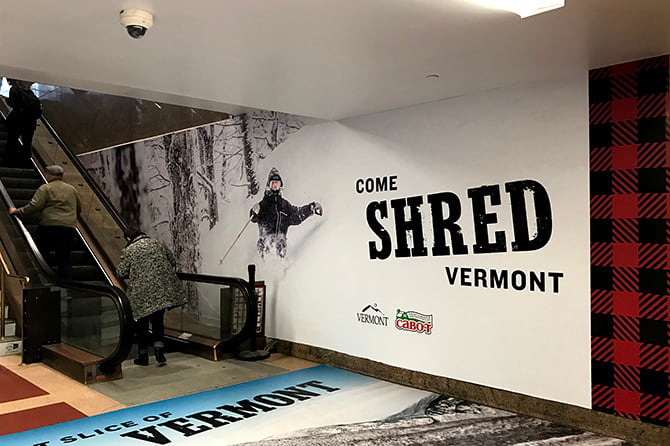 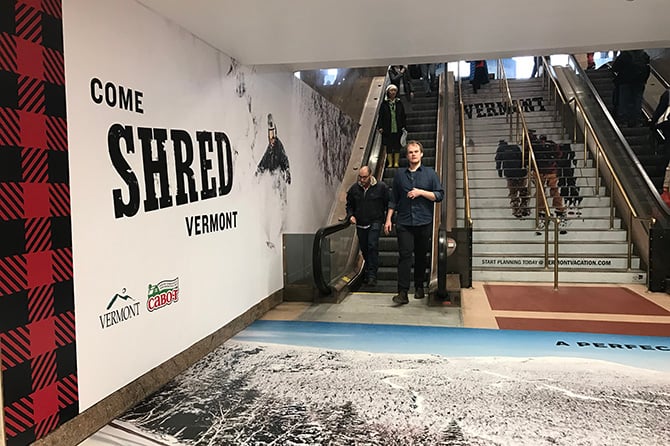 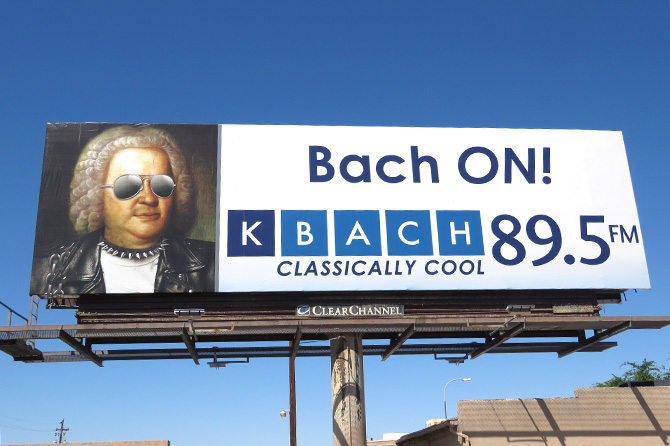 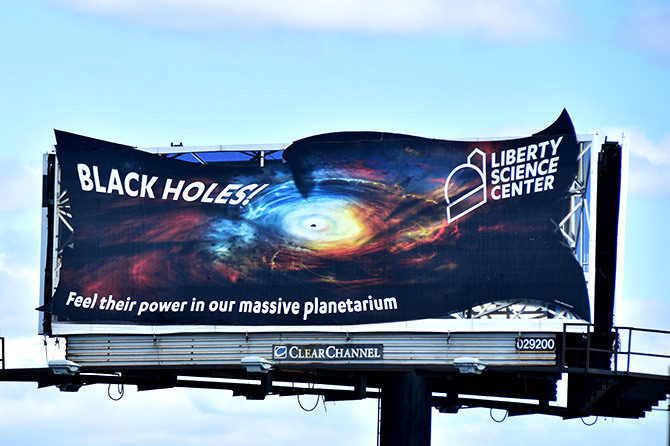 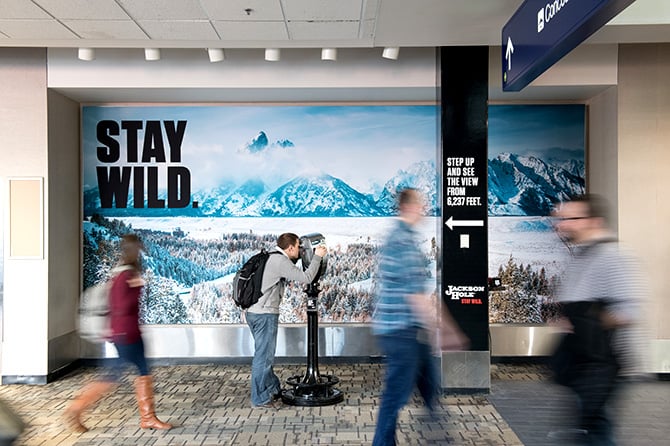 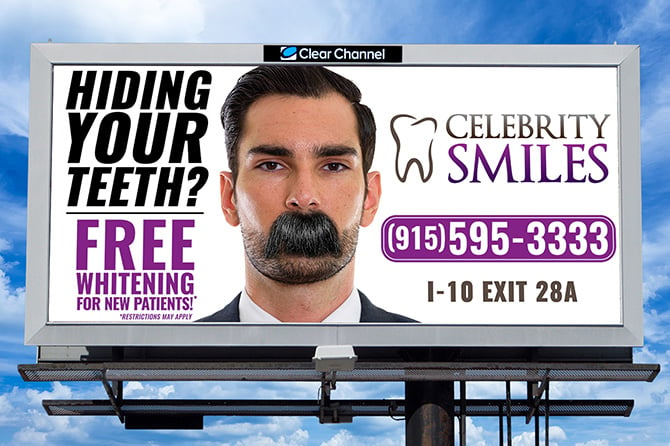 Reach out to Clear Channel Outdoor to make your next outdoor campaign memorable, shareable, measurable and award-winning: