Who's Going to Steal the ShOBIE? A preview of award-winning outdoor creative

We love OOH, of course we do. We're naturally biased, it's what we do, breathe, pitch and admire every day. The out-of-home creatives we work with are blessed with an enormous canvas to display their vision, influence opinion, drive purchase and inspire hundreds of thousands of consumers that pass their billboards during any given campaign. There's power in outdoor, and the OBIES honor the best of the best each year. Here's a preview, but first -- what are the OBIES?

The OBIE Awards are one of the oldest and most prestigious honors for creative excellence in advertising, given annually by the OAAA (Outdoor Advertising Association of America). The OBIE name is derived from the ancient Egyptian Obelisk, a tall stone structure that was used to publicize laws and treaties thousands of years ago. Many historians consider the obelisk as the first true form of advertising.

They say a simple idea is enough to express an emotion or message. In fact, sometimes a simple idea can be worth an OBIE Award. And in this post, we're highlighting a few of our favorite client campaigns that do exactly that and are in the running to win an OBIE and steal the ShOBIE this year, check 'em out: 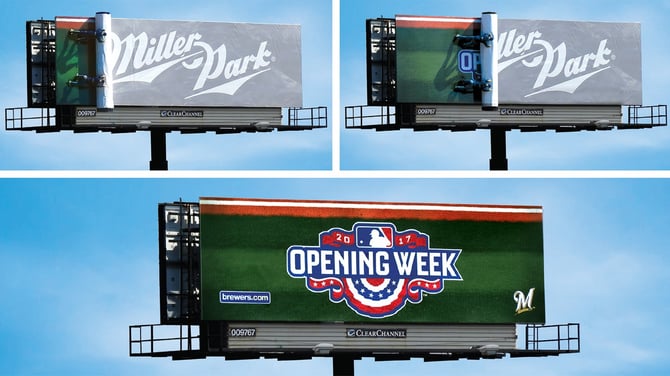 In the four weeks leading up to Opening Week of the 2017 MLB season, the Milwaukee Brewers used their billboard as a weekly 'tease and reveal' as grounds crew mannequins rolled up a tarp to unveil the fresh turf and the Opening Week Brewers' logo. It was one amazing way to boost spring fever! 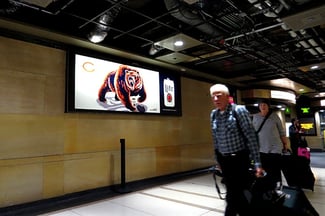 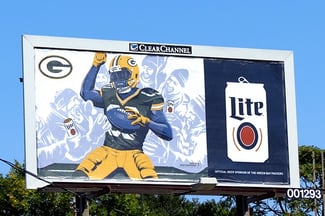 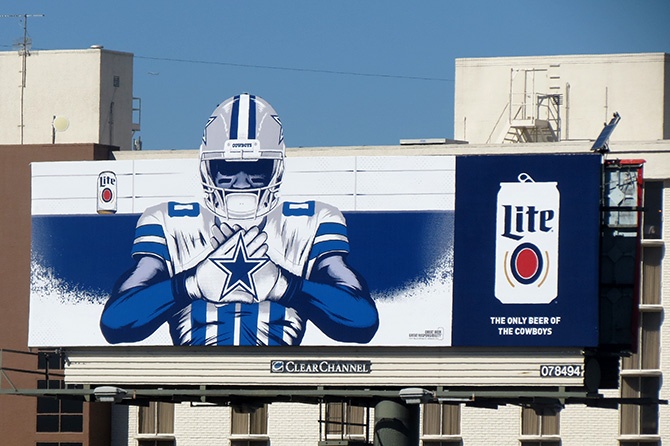 In this campaign, Miller Lite curated NFL illustrations and brought them to life on outdoor placements. The creative really drove this campaign and blended the Miller Lite brand aesthetic with their NFL alliances.

NBC Fall 2017/ Kinetic/ This is Us "Share Your Moment" Campaign 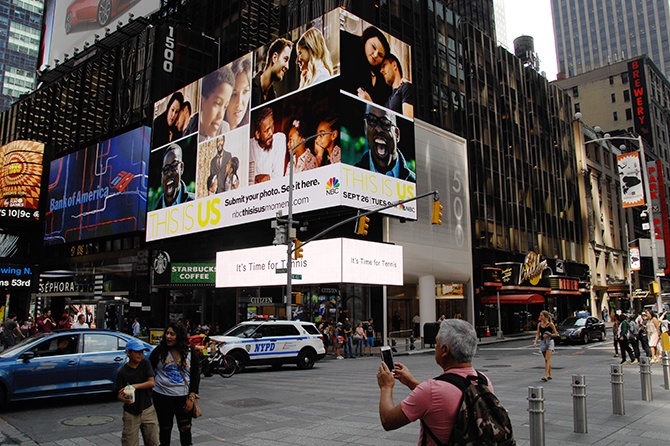 To celebrate fans of the NBC hit show This Is Us, and drive tune-in for the season premiere on September 26, 2017, the network incorporated real viewers' #ThisIsUs photo submissions into their creative content for the who, and produced a user-generated content DOOH campaign using those very photos in Times Square! The digital billboard creative also directed fans to the microsite to view the video and share on their social media channels. The website generated 47,549 page views from 32,601 users. Watch the campaign recap here. 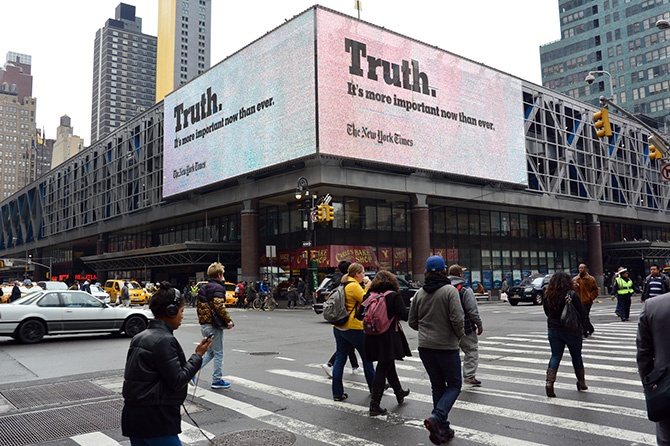 The Droga 5 team said they were tasked with developing a brand campaign that placed The New York Times at the center of the conversation, about the importance of a free press and re-confirming its role in today's unique political circumstances. The goal was to make it clear that The New York Times is a trusted source for independent and deeply reported journalism and they believe they got there. 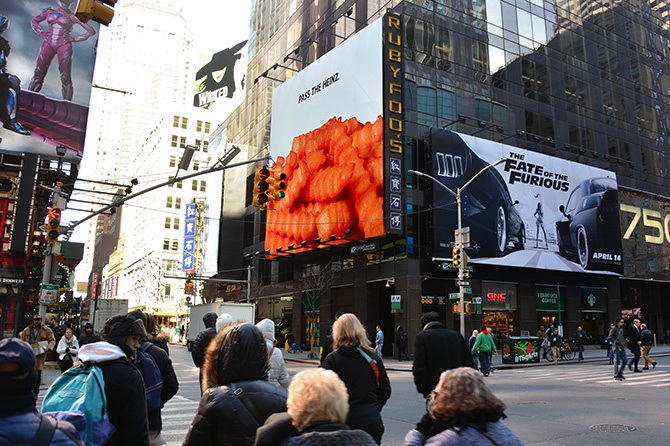 The creatives from DAVID: the Agency shared the story behind this campaign: "We are huge fans of the show of course. So one day we were watching that episode and thought "that campaign is actually pretty good, we should run it". Also the idea of sharing credits with the most iconic creative in the history of Advertising, Don Draper, was an amazing feeling, plus creating the first ever 'reverse product placement'. We were inspired by how iconic the brand is, playing such a big role in pop culture, so it was the perfect way to connect the purpose of the brand with the people." 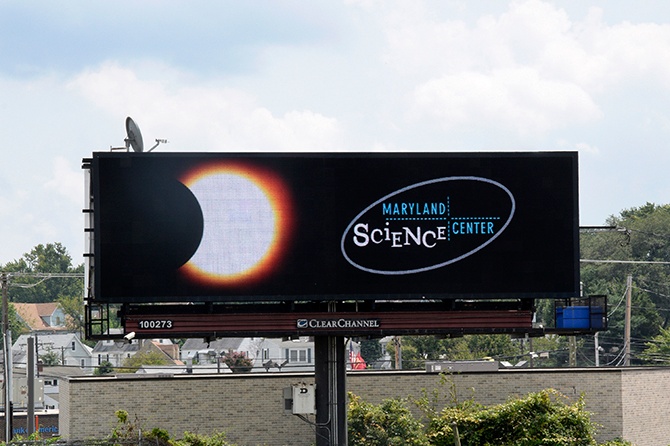 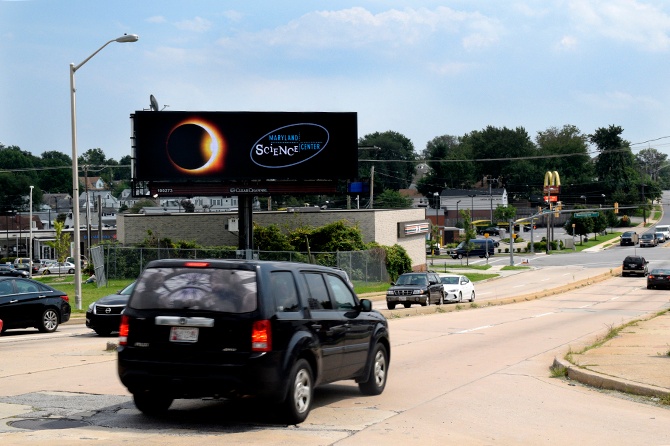 Clear Channel's creatives produced a digital countdown clock for the Maryland Science Center leading up to the solar eclipse, and ran over 47,000 spots for five days! On the day of the eclipse, the creative changed dynamically, displaying exactly how the sky looked at that given moment, mirroring the actual eclipse. Check out the case study here.

Congratulations to all the finalists! The 76th OBIE Awards ceremony will be held in Austin on Tuesday, May 8th during the 2018 Geopath/OAAA OOH Media Conference + Expo.

Browse the photo gallery below to see more OBIE finalists: 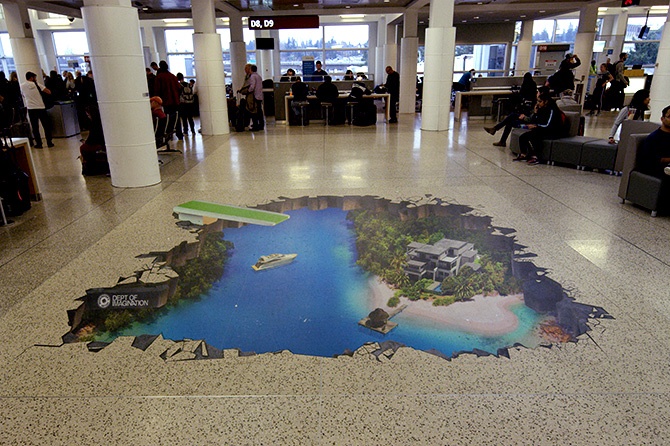 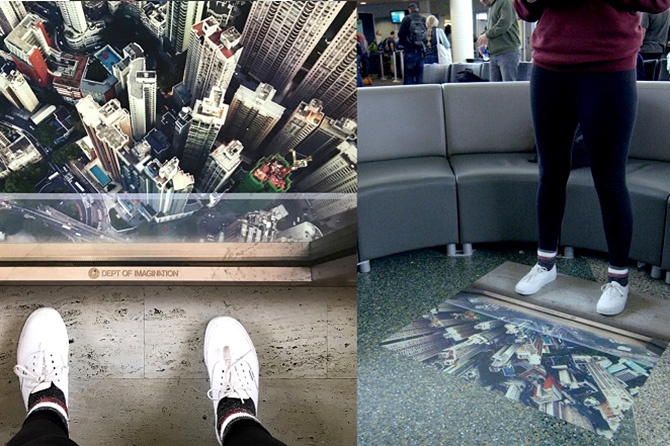 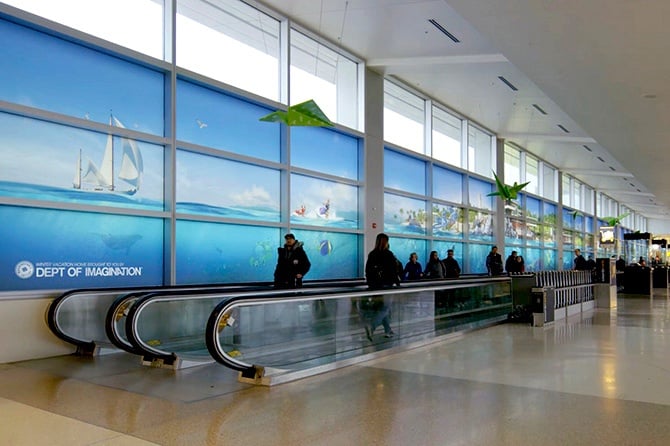 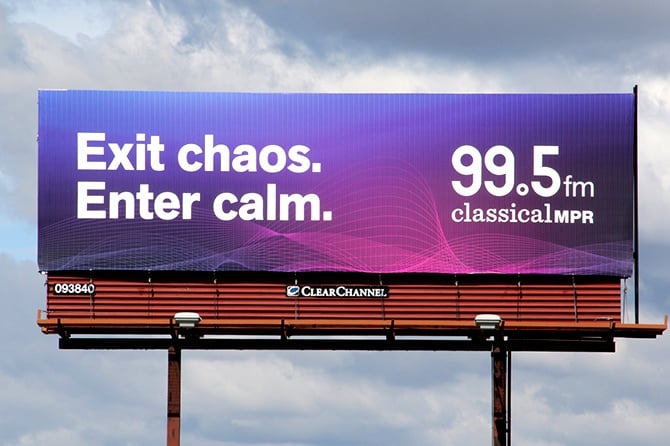 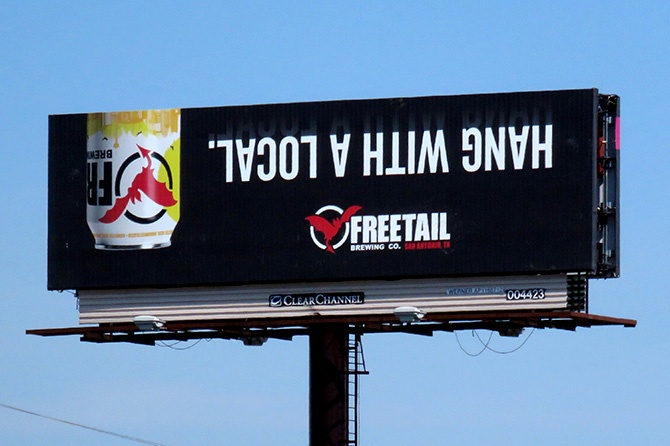 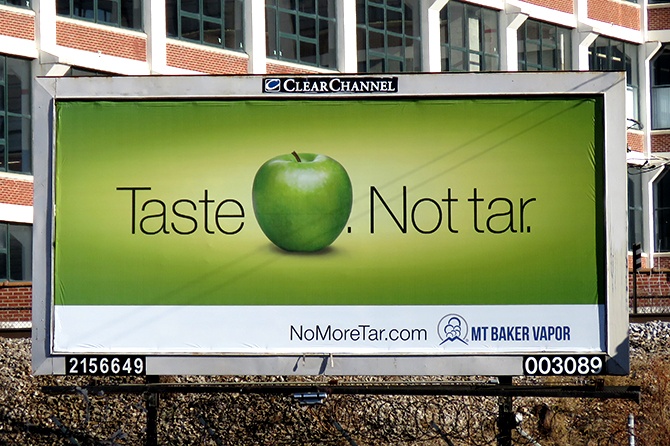 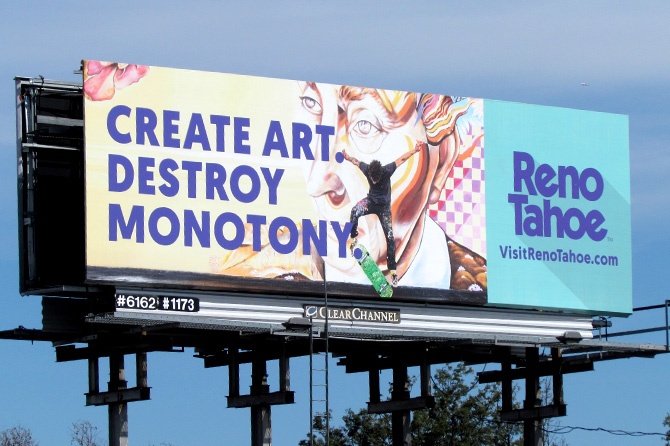 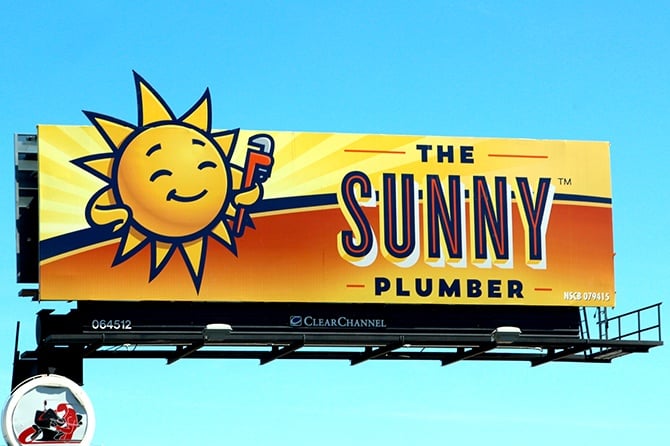 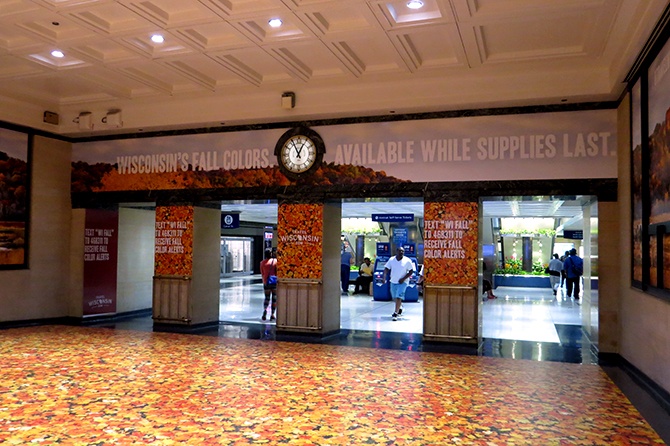 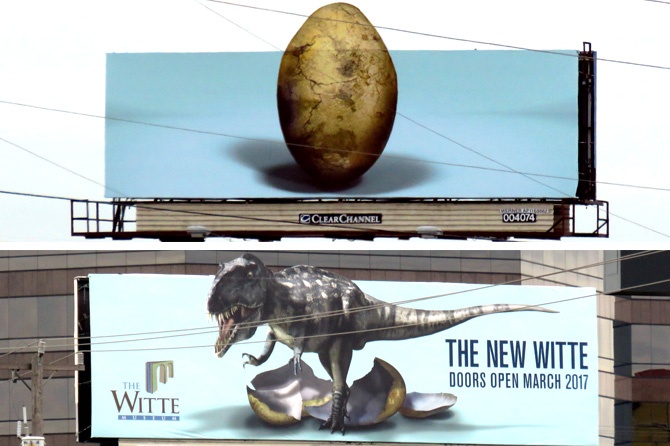 Reach out to Clear Channel Outdoor to make your next outdoor campaign memorable, shareable, measurable and award- winning: